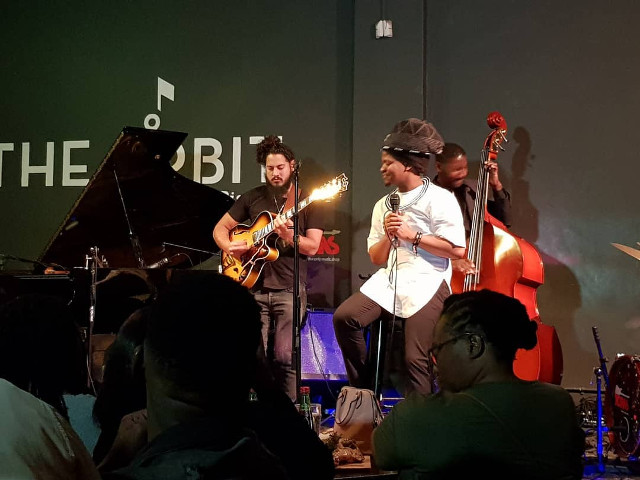 DUMZA MASWANA RELEASING A LIVE (DVD), NOW YOU CAN CLICK AND DONATE

Last year on the 2nd June I independently recorded my very first LIVE DVD PRODUCTION (RECORDING) in East London, Eastern Cape. Unfortunately ever since then it has been a struggle to raise funds for the POST PRODUCTION ( i.e video editing and audio mixing including overdubs).

I am an independent artist without a financial backing of a record label – I am humbled and yet proud of my journey thus far, and cannot help but thank God, my supporters and all that have contributed to what I have been able to achieve.

This DVD is foregrounded by my SAMA nominated album “MOLO” which was released in 2016. The album earned me much accolades and awards, such as BEST JAZZ SONG for “The Letter” at the Mzantsi Jazz Awards, and cemented my rightful place in the music industry.

It has been a year now since the recording and after numerous failed attempts to get funding I am making this appeal to all music and art lovers to help me fund a post-production for my DVD which will further enable the rest of the globe to experience the magical sound that was experienced by only a few on that special night.

Be part of this amazing story!

Thanking you in advance for any donations towards my campaign.