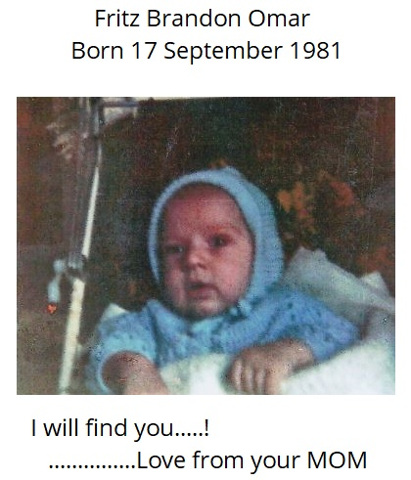 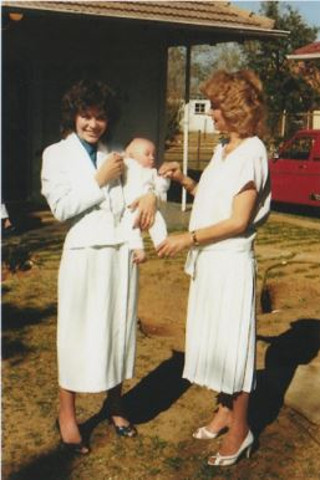 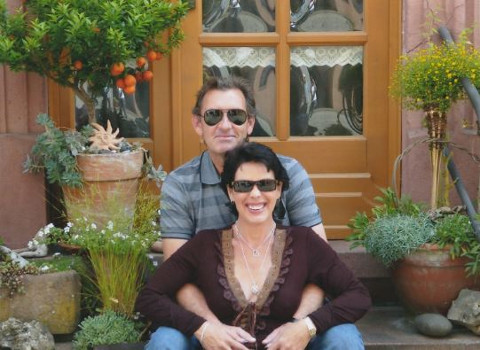 Evidence leads me to believe my son then aged 3 months, was unlawfully taken from me 38 years ago. Read the entire story here:

On obtaining my Vault Birth certificate a few years ago I learned that I was born to other biological parents than those who had raised me.

On further obtaining my adoption papers I learned that I was adopted by the father that I was raised by.

According to my adoption records. My mother gave permission for my known Father to adopt me.

However, there is no record of my mother adopting me. Remember, as per 1. Above. I was born to two other biological parents.

I do have the names of my biological parents. They are now both deceased

In 1989 my known Mom who was allegedly married gave permission to her then husband to adopt my daughter without my permission. I had at this time been married for 5 years and had two children with my husband.

When this was found out, my husband challenged the courts and welfare involved as this was highly irregular and illegal and was then able to legally adopt my daughter as his own daughter.

In 1994 when my known Mom died in a car crash, it was ascertained that she was never legally married to her husband at the time. The same husband who has adopted my daughter without my permission.

As per Facts 3. Above. Why was I registered at birth to two other biological parents, and only 4 months after my birth?

How was my known Mother able to give permission to have my Daughter adopted by her then husband (her 4th marriage) without my permission? Especially the fact that it was determined at her death that she was never legally married to her then husband and they were not a legal couple in terms of the laws at that time.

How was my son removed from me at about 3 months old without my being involved in the process? Although regularly asked. I always declined the option of him being adopted.

I believe my known Mother was my biological Mother and fraudulently registered me in my biological Father (as per her admission of extra-marital affair stated in my adoption papers) and his then wife’s name at my birth.

I believe I stayed with then for some time. My half-brother from my biological parents, who I met a few years ago and older than me remembers me staying with them for some time.

I believe my known Mother was instrumental in facilitating the adoption of my son to other people.

I believe the Authorities have an obligation to have my son’s adoption re-opened and investigated.

I believe I have the right to know where my son is today.

I believe my son has the right to know who his biological mother is.

Those who have been party to this and still alive should account for their actions.

I require employing the services of an investigator to ascertain the following:

The records of my daughter’s birth as per the hospital she was born at showing that I was admitted as the maternity patient.

The records of my son’s birth as per the hospital he was born at showing that I was admitted as the maternity patient.

The records of my son’s birth with the registrar of births confirming who his biological mother and/or father is. (It is possible my known Mother registered my son’s birth as her own)

The records of my daughter’s adoption by my known Mothers 4th husband reflecting who the parties were who orchestrated this adoption.

I would greatly appreciate any donations that can help find my son.

IF DONATING IN ANY OTHER CURRENCY PLEASE USE PAYPAL PAYMENT GATEWAY.