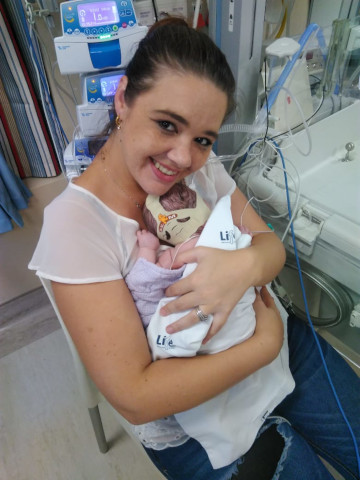 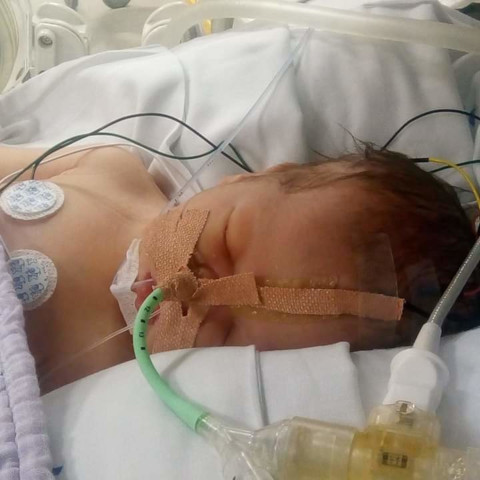 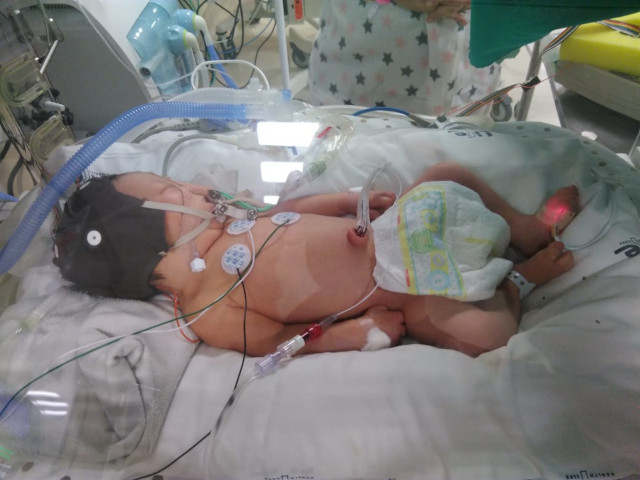 On the 2nd of April 2019 I gave birth to a perfectly healthy baby girl, it was one of the best days of our lives.

At two days old she started getting really bad seizures (so we thought) but in actual fact she actually had a stroke. They rushed her into NICU and she kept having seizures. They finally got it under control but had to put her on a cpap machine. I sat with her until early hours while blood tests were done to see what actually went wrong…

The next morning, I as discharged from hospital I went into the NICU to go see her and as the doors opened they were busy resuscitating my daughter, I fell to the ground and kept on praying, the doctors finally came out and said she was stable but very sick, they had to put her on 100 percent life support. That Sunday the EEG came back showing she was brain dead. We kept praying, we didn’t give up, that Monday she started showing signs of brain activity and we were thankful, so thankful. But she still kept having seizures which lasted up to an hour…

She was finally strong enough to come off life support a week later but her stats dropped yet again and they had to resuscitate her again, let’s just say in 7 days we almost lost her 5times. But we kept on praying, we didn’t stop.

She finally went for a CT Scan which showed her right side of the brain was severely damaged and she would need an MRI to see more. But she was not stable enough to get transported to another Hospital as yet. But in this time she got stronger and we finally went for the MRI on the 28th of April (almost a month later) The MRI results came back showing that her middle front cortex got severely damaged and what we thought was seizures was actually more strokes, so she suffered multiple strokes.

Doctors explained that there might be a chance of cerebral palsy and that she will need a lot of therapy over the next year to help her brain to bypass the damaged part to live a normal life, she needs speech therapy, occupational therapy and more brain scans in the next year and she might need special braces, and other therapy etc., and as soon as she’s out of hospital, medical aid won’t cover all of this as she will need therapy every day for the next few months and this might get really pricey.

Hence the reason why we decided on a Click n Donate page.

Please help us raise money for her therapy as the therapy is very important to her right now.

Thank you for reading our story.