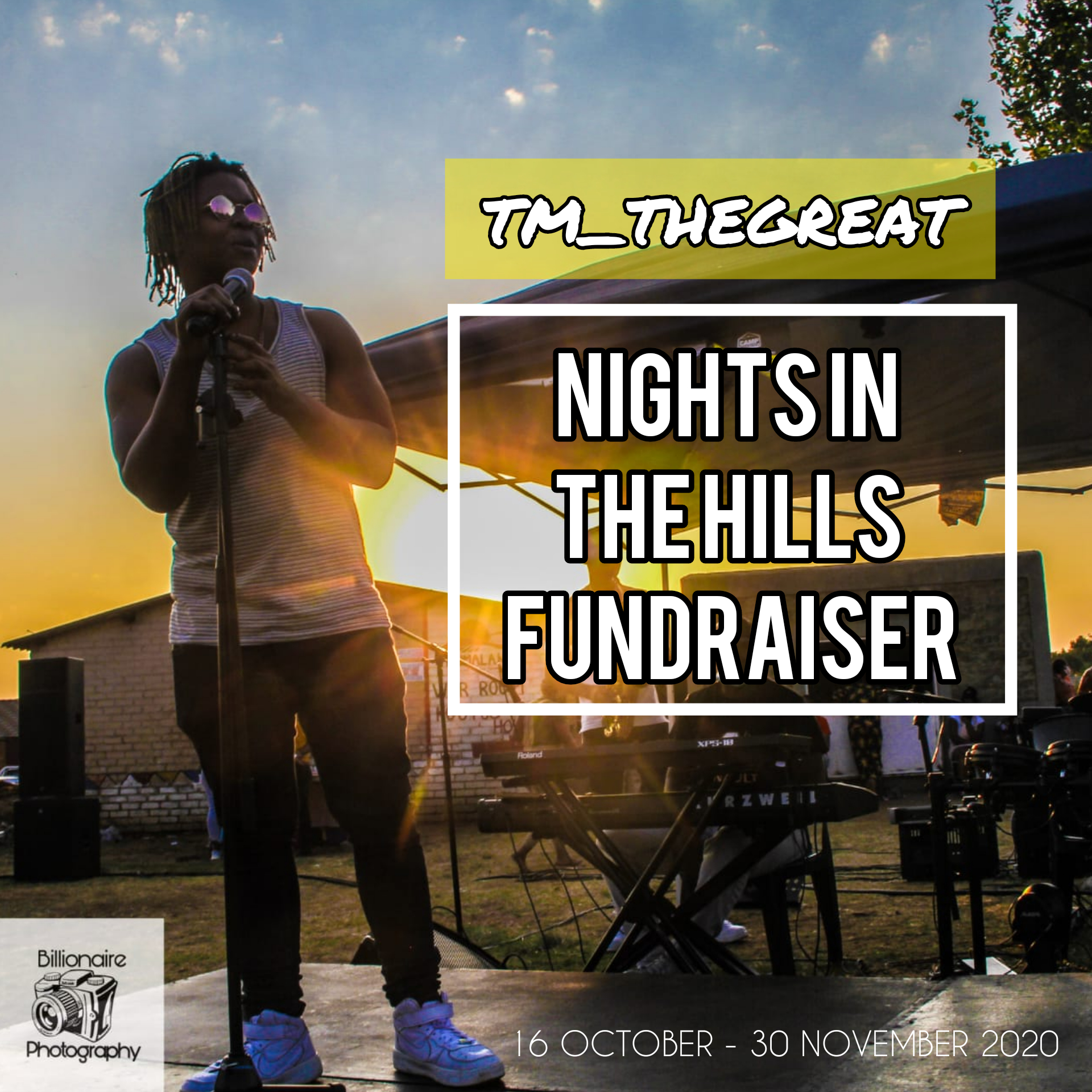 My name is Thabiso Mafolo, professionally known as TM_THEGREAT, and I’m a 21-year-old rapper, singer, producer and songwriter from Witbank, Mpumalanga. My music consists of genres such as Hip Hop, R&B, Trap, Pop and Dancehall.

I started rapping at the tender age of 9 and recorded my first track at 11. I have always been in love with music and I often dreamt of becoming a musician one day. That dream started unfolding when my friend and I bought studio equipment and started making music together.

With all of that being said, I have decided to independently release an album.

I have spent the last 2 years writing, producing, composing and recording this album and I am proud to say that I have created a masterpiece of a project. The album will be free to download and to stream thus meaning that I will not make money from it because I consider it as an offering to my fans and to everybody who has been supporting my music since day one. With that being said, this campaign will serve as a fundraiser for the album. Meaning that all the proceeds will not just go directly to me but to the marketing, promoting and pushing of the album. This will include listening sessions, release parties, merchandise, freebies and everything else associated with the album costs.

I truly believe that this is a great initiative and I urge each and everyone to donate the little that they can towards this campaign so we can make this album a success.

For GBP, USD, EURO & others, please click on currency converter to calculate your Donation in ZAR.